Here’s a little preview of what we have to look forward to on the show + some stills from the show. 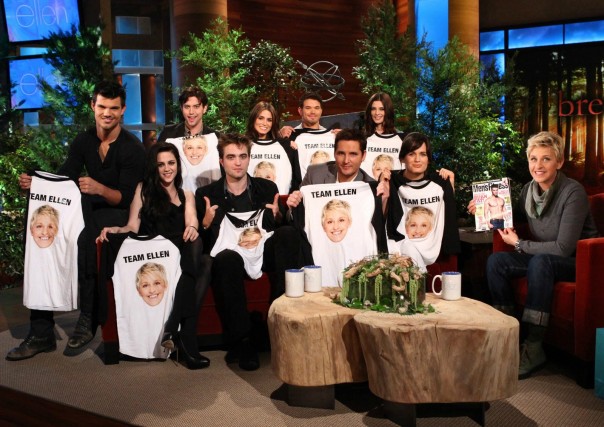 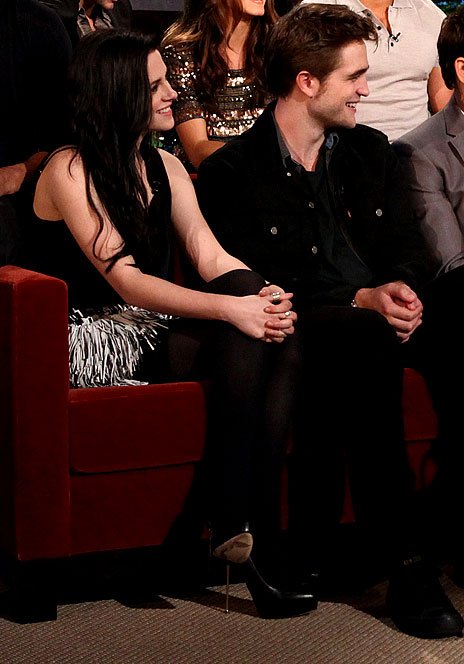 Twilight Stars Decide The Real Best Kiss Of The Night 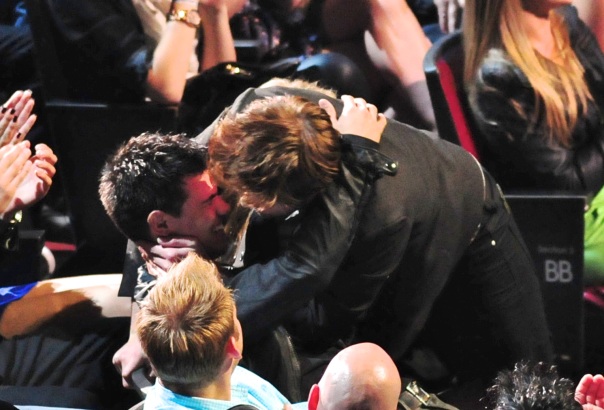 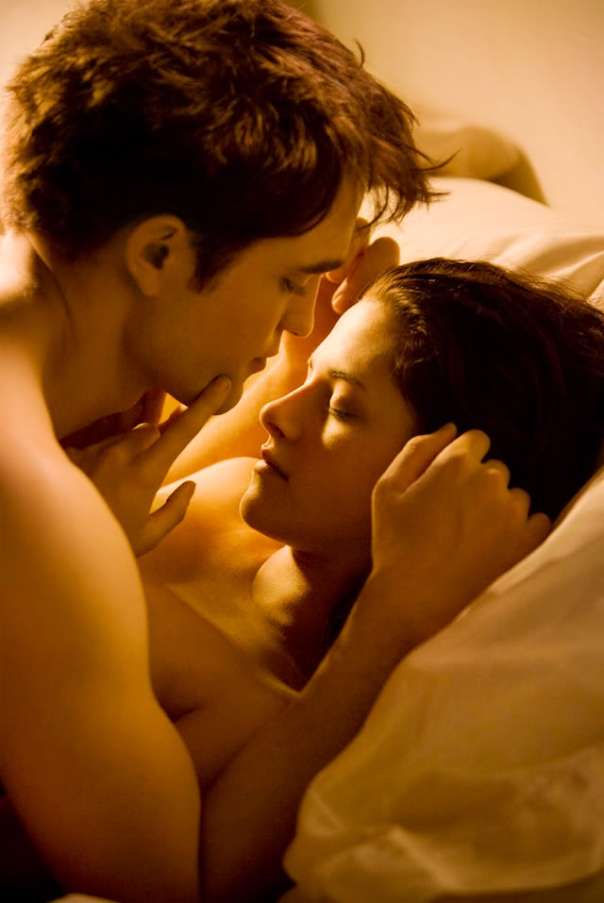 “It’s a PG-13 movie, but also it is what it is and it’s a union,” Rathbone said. “They are consummating their relationship and they don’t just do it once, let’s put it that way.”

Hear that! Robsten go at it more…than…once!

Rathbone also assures us we’ll be seeing lots of that signature Rob and Kristen chemistry in the flick.

“Oh yeah,” he laughed. “It sizzles, man. It sizzles like bacon!”

In the interview Jackson discusses the Breaking Dawn script saying that how “Renesmee was made” is in the script!! He also talks about where Breaking Dawn Part 1 will end, asking the fan sites where they think it should be. 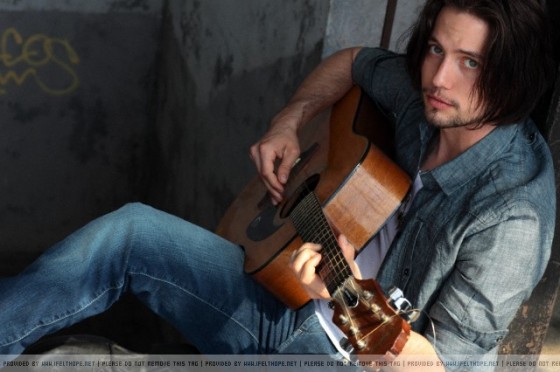 ROBERT PATTINSON:
“Rob is an incredible songwriter,” Rathbone says. “And he plays piano and guitar.” One of Pattinson’s roughhewn ballads appears on the original Twilight soundtrack; a second is available as an iTunes bonus track.

You can read the rest of the interview at the source.

“Twilight” star Jackson Rathbone can’t believe his luck: Not only is he part of a hugely popular franchise, but he’s been able to work with some of his favorite directors. When MTV caught up with Rathbone, who is in two big summer movies — “Eclipse” and M. Night Shyamalan’s “The Last Airbender” — he revealed he can’t wait to start work on “Breaking Dawn” with Oscar-winner Bill Condon at the helm.

“I have not yet had a chance to meet Bill Condon, but I think it’s going to be an amazing experience to work with an Academy Award-winning director of his caliber,” he said. “Getting to work with these incredible directors that I’ve admired, ever since filming “The Last Airbender” with M. Night, even the first “Twilight” with Catherine Hardwicke. I really loved her directorial debut, [which] I think was ‘Thirteen.’ I thought that was incredible, and she co-wrote it with Nikki Reed, who’s a good friend of mine now.”

Rathbone said he’s still trying to wrap his mind around it all and just wants to bask in the glow.

“I find myself working with people I’ve dreamed of working with. It’s an amazing position to be in,” he said. “It’s a privilege, not a right. … I’m basking in it, loving it, because as an artist, you get those moments, you live ’em up.”

As for “Breaking Dawn,” the musician/actor said he knows just as much as we do. Which is not a lot.

“They’re keeping ‘Breaking Dawn’ under wraps,” he said. We’re all waiting on a script right now. It’s all up in the air — we don’t even know when we’re going to film.”