The Fashion Court: Rob #2 Best Dressed Male On The Red Carpet In 2011

2. Robert Pattinson
He’s yet to wear a green suit, but Robert Pattinson didn’t lack on the red carpet this year at all. He didn’t look good just once, twice, or even three times — he had more than a handful of yummy looks in 2011, but I had to narrow down some of my favorites for this post. Shame, shame. Rob kicked off a stylish year with a Guccibespoke navy blue suit at the Golden Globe Awards that really popped with his reddish locks he was sporting for his role as Edward Cullen in “Breaking Dawn”.

Immediately after wrapping the final film in the “Twilight” saga, Rob took off on a global press tour for “Water for Elephants”. For the NYC premiere he, once again, rocked a Gucci look — this time a textured dark grey suit with a deep, dark red tie. I guess that was the last bit of red I got from him this year; I’m holding out hope for another bordeaux suit like he wore last year (2010) for the “Eclipse” premiere.

Rob was feeling a bit blue for the rest of the tour! For the Australian premiere the sexy actor wore a striking grayish-blue two-button Prada suit, later he selected a navy design by Dries Van Noten when he brought the film to his home of London.

When it came time to release “The Twilight Saga: Breaking Dawn – Part 1″, Rob rocked over ten suit looks for a crazy amount of premieres and talk show appearances — but nothing stood out to me like his Armani in London. Rob joined his co-stars Kristen Stewart and Taylor Lautner for the UK premiere of the film in November wearing head-to-toe Emporio Armani. The mixture of dark shades of grey in this single-button suit looked amazing on him. It didn’t hurt that his scruff and tousled hair were at their very best that night.

Tags: random news, Robert Pattinson, useless info we can not live with out

Here’s a little Monday LOL thanks to Twilightish.

LOL a fried posted this on FB

From then on, I was put in my place—still I watched Pattinson’s mane grow and evolve over the course of its few short years with us. At times it was a pompadour of restrained heights. At others, it was a finger-messed mop of prophetically tousled matter. In its last days it was quieter and more subdued, short and textured with an oily sheen of immortal glory. Of course, its days were numbered.

It’s funny—looking at a wild head like that you always had the feeling it might live fast and die young. Things that great never stick around. But that didn’t make its departure any less tragic or absurd. It’s been almost a week, but I can’t stop thinking of that image. Mangled and dismembered. Half-shaven like Rosie. Paraded around at fucking Comic-Con like a prize! No.

Still, we’ll always have that moment, crystallized in time, accessible through YouTube— that Twilight bastard exiting some four-door, hair styled as if by accident, every strand quivering in the wind, godlike, forever young.

You can read the full article here

Let’s take a moment and remember that glorious hair ! 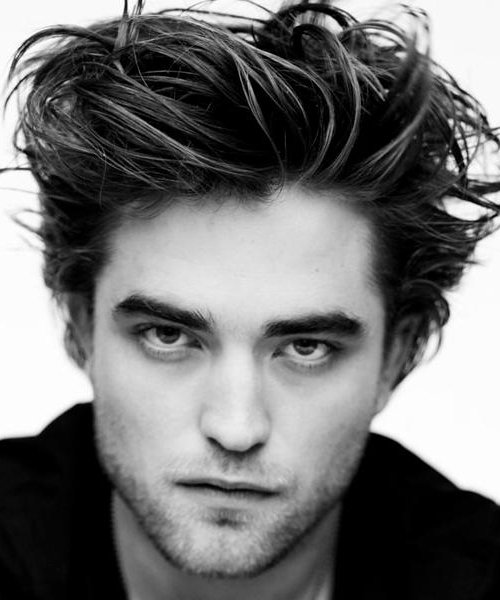 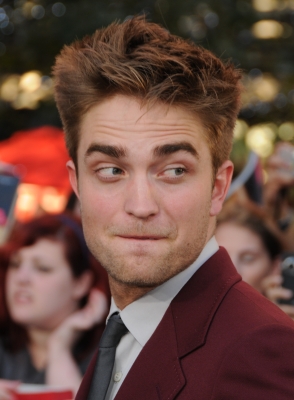 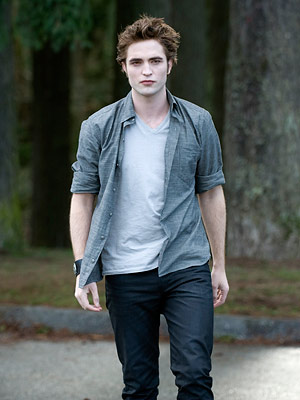 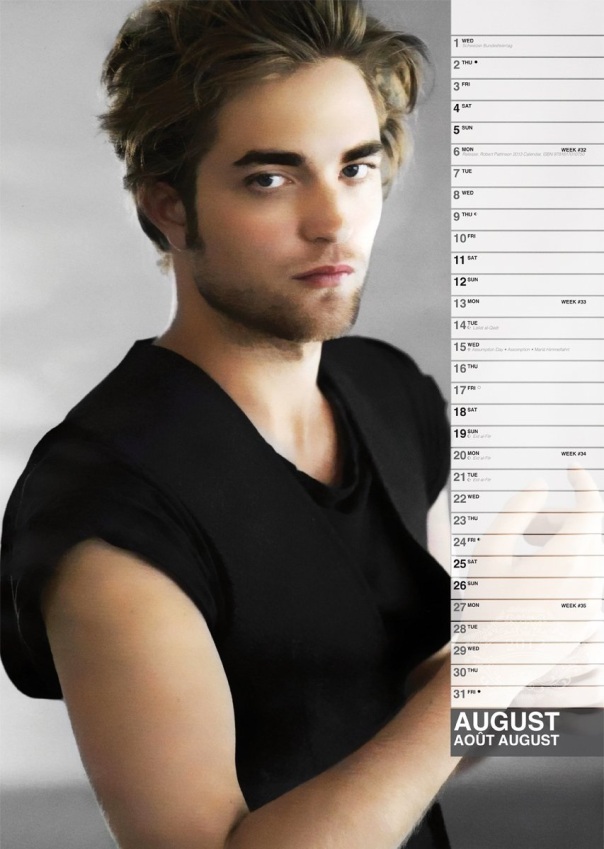 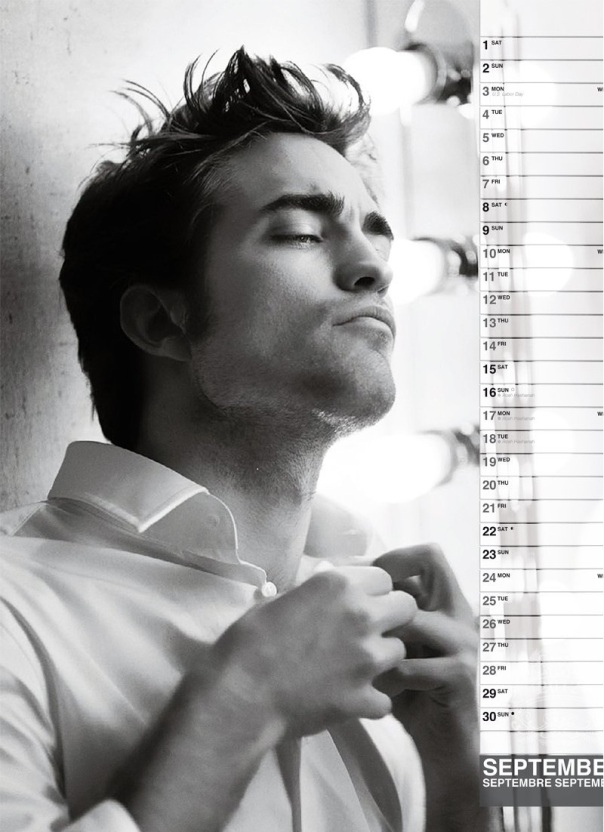 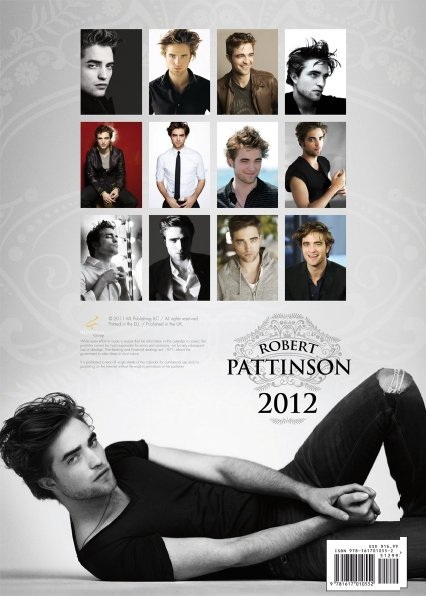 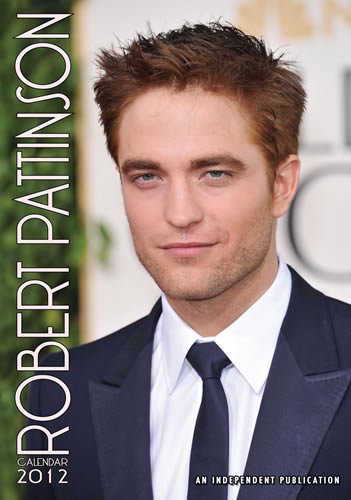 The calendars are now available for pre-order on Amazon.

South African fans can order it via Take 2. ( click here )

Harry Potter Stars All Grown Up: How Rob’s Style Has Changed

From GlamourUK:
The Harry Potter films are coming to an end but how has the stars’ style changed over time? 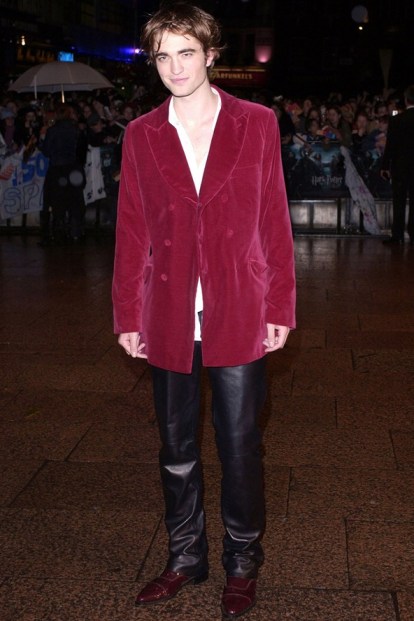 This photo almost killed our Robert Pattinson crushes dead. Almost, but not quite. In 2005, the actor, who played Cedric Diggory in Harry Potter And The Goblet Of Fire, thought it was a good idea to wear leather trousers, with a velvet jacket. Hmm – and we’re going to try and ignore those shoes. Not even you, Rob, can carry off this look.

Much better! In 2008 Robert swapped the leather and velvet for denim and general hotness. No wonder we were Robsessed as soon as we clapped eyes on him. Just a shame he forgot to tie his shoelaces.

Rob has developed his style credentials ever since and, this year, we named him 2011’s Best Dressed Man. Here, at the Water For Elephants German premiere, Rob wore a chocolate brown Gucci suit and showed he isn’t scared to experiment. As long as that experiment doesn’t involve those leather trouser, we’re happy with that, Rob. 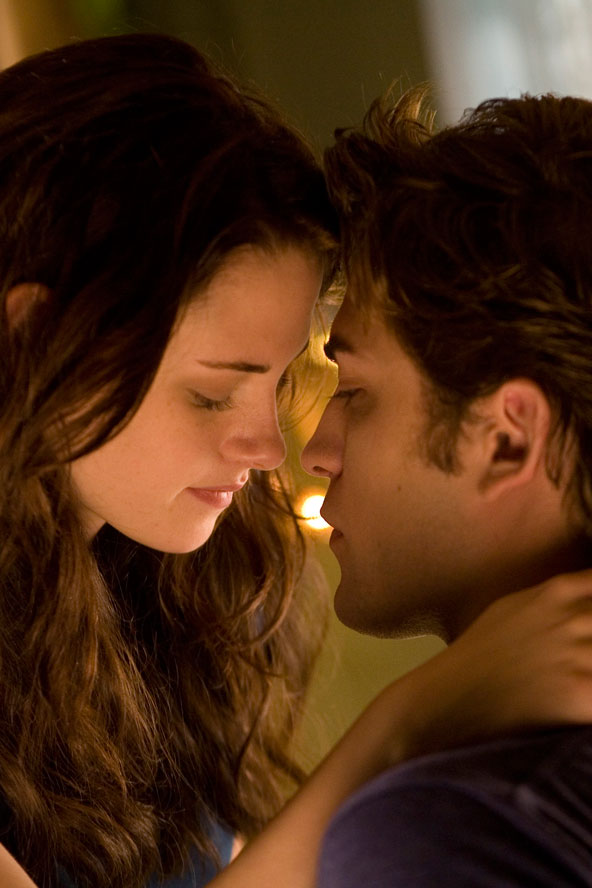 Twilight, 2008
Robert Pattinson and Kristen Stewart
She was an ordinary schoolgirl, he a 109-year-old vampire Adonis. Their forbidden love (not to mention the fact he may drain her any minute) only served to heighten the tension of the moment their lips finally met. Swoon.

The Twilight Saga: Eclipse, 2010
Taylor Lautner and Kristen Stewart
Of course, R-Patz couldn’t have all the fun, and by the third Twilight flick, werewolf Jacob had his hairy paws on Bella too. Their on-screen, lust-filled smooch was the culmination of months of sexual tension ‘tween the best friends and even had fans questioning their obvious chemistry. Rob who?

The Twilight Saga: Breaking Dawn, 2011
Robert Pattinson and Kristen Stewart
We’ve seen enough teasing on-set shots and heard enough tempting backstage gossip to know that the final Twilight instalment is set to be the steamiest yet. And if you’ve read the books, you know what we’re talking about… We can only hope that Edward gives enough shirtless action to live up to our expectations. It’s a given that Jake will.

Age: 25
Single? Unless you’ve been hidden under a rock for the last two years, you’ll know Robert Pattinson’s rumoured to be dating his Twilight co-star Kristen Stewart. However, neither of them have ever confirmed the relationship, so you never know, you might be in with a chance!
See Him Next: Rob is set to turn his hand to costume drama in Bel Ami, playing the “amoral” Georges Duroy alongside Uma Thurman, who stars as his lover.

Tags: glamour magazine, Glamour UK's Sexiest Men Of 2011- Vote For Rob, random news, Robert Pattinson, useless info we can not live with out

In celebration of Robert Pattinson‘s 25th birthday TODAY, InStyle took a look back at some his hottest red carpet moments ever. Since his transformative casting as Edward in the Twilight movie in 2008 to his recent blockbuster Water For Elephants, the red carpet style of this once unknown Harry Potter extra has definitely evolved. His signature look now includes colored suits, sleek jackets, and his famously unkempt coif. Even the things critics scrutinize him for—untucked shirts, a dodgy, shy demeanor, and his hair—are exactly what his fans adore most. This guy is a smooth Hollywood heartthrob in the making, if not already. And with that, we say Happy Birthday!

This will always be one of my fav’s . *sigh* So gorgeous!

Movie Line Ask – Can Water For Elephants Be The First Great Movie of 2011?

The Internet is popping with loving reviews for Gore Verbinski’s Rango, but might Water for Elephants be the first great, no-caveats-like-it’s-animated film of the year? If the second trailer for the Reese Witherspoon-Robert Pattinson three-hanky weeper is any indication, quite possibly.

I know: You’ve probably got knives out for Water for Elephants, if only because of the presence of Edward Cullen and director Francis Lawrence (he of the immortal I Am Legend), but we’re now two trailers deep into the marketing campaign for this thing, and it still looks kinda great. Well, it looks good, thanks to Lawrence and his cinematographer Rodrigo Prieto (Brokeback Mountain, Biutiful), but it actually seems like a worthwhile adaptation of Sara Gruen’s bestseller. Pattinson makes for a winning-but-tortured protagonist, Witherspoon has a great classic movie goddess (not goddesses, Charlie Sheen) vibe, and Christoph Waltz seems perfectly capable of pulling off the mustache twirling villainy that Water for Elephants needs. Considering how bad this early crop of 2011 movies has been — and how the prospects for March don’t look that much better — isn’t it possible for Elephants to be the best film of 2011*? Here’s hoping…

Posted in Water for elephants