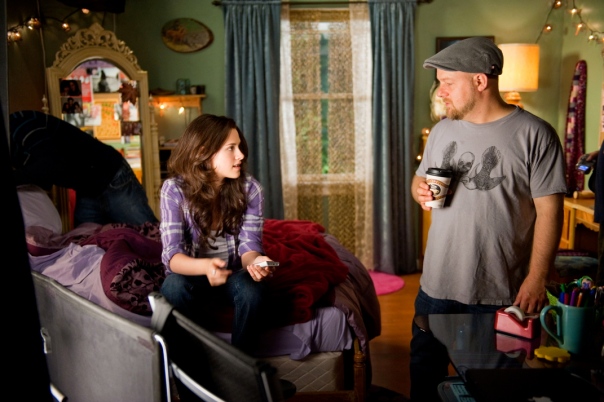 When you put your heart and soul into something as intense as the duration of a film production, you become completely lost in it. You focus on doing your very best to get it right each day and you work on this for so long that you assume an ownership of it.

When shooting The Twilight Saga: Eclipse, I always felt an awareness of how many people this film would reach and as a result, knew that this film did not just belong to myself, the producers and the studio, but more so, to all of you, the fans of The Twilight Saga.

At the end of the day, after all the hard work is done, all that’s left is the film itself, and your overwhelmingly positive and supportive responses have made me feel like we must have done something right. As a filmmaker, this is a rare and strange feeling of connection with an audience of which I will never forget and I thank you all for it.

Posted on July 6, 2010, in david slade and tagged David Slade, David Slade say Thank You to fans, note to fans from director david slade. Bookmark the permalink. Leave a comment.